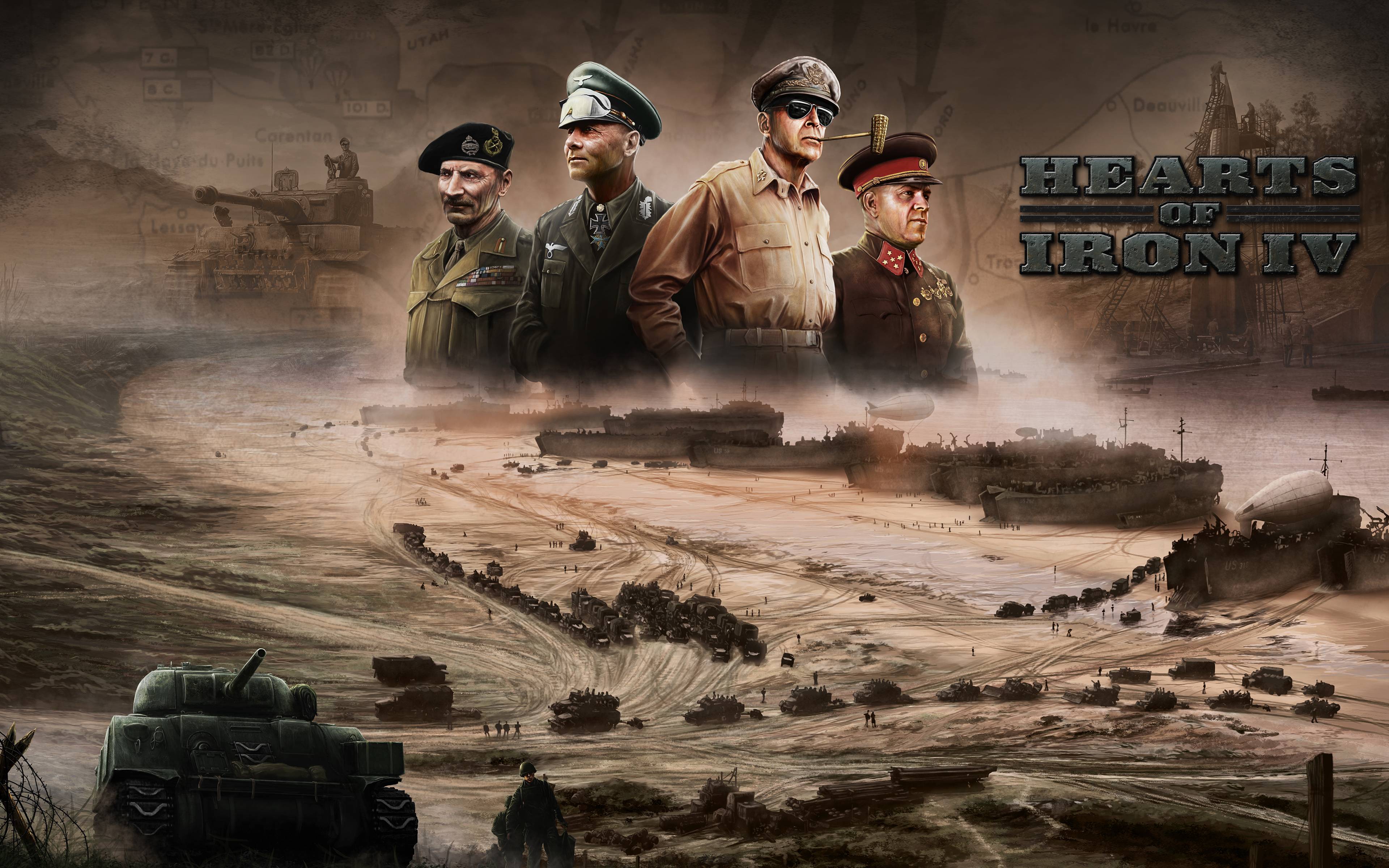 The Hearts of Iron (HOI)series is one of the best historical strategic WW2 games on a global level ever made. You can choice every country in the world to play with. You are in control off all the assets which are important to the countries war effort: armed forces, research, production, diplomacy and government. This game really gives the feeling that you are in control of everything that is important for a nation to win (or lose) World War II.
I have excessively played HOI1 and HOI2 but HOI3 was a bit too much for me in terms of micromanagement. HOI 4 is made more playable again but, as always with HOI, be aware of a steep learning curve. This is a very good strategic WW2 simulator, if only the AI would be better……

Historical background of the games setting

WW2 is about to start! In a standard single player game you can choice out of two scenario’s as starting point: 1 January 1936, Gathering Storm or 14 August 1939, Blitzkrieg. The research tech goes till 1950. The starting situations on the map are one of the best models of the military and political situations of the world of 1936 and 1939 that I have ever seen.1 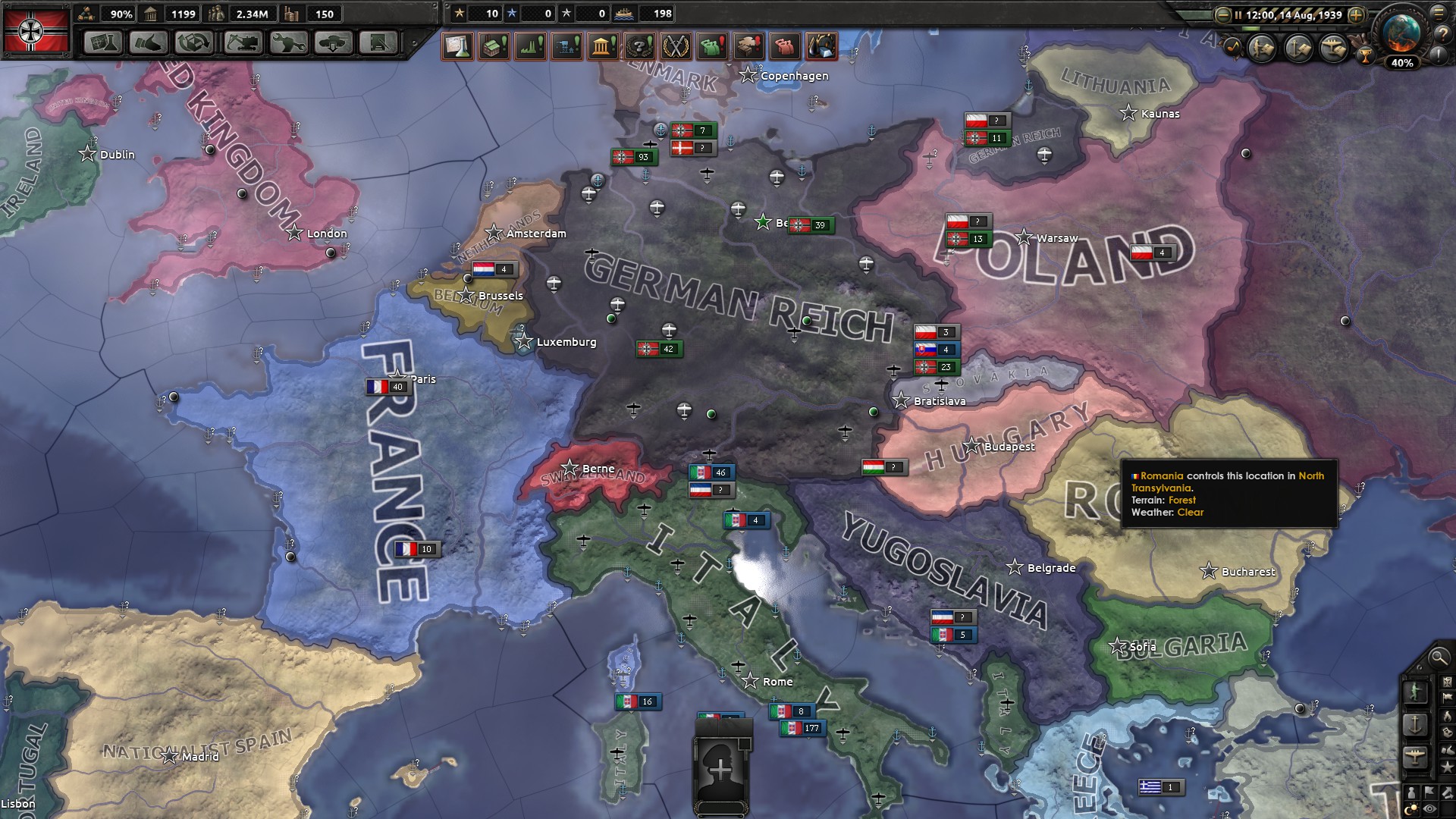 Every major country you can play with has its own ‘brief history’ in accordance with the scenario you have chosen. This gives some nice realistic background information on the nations. When you choose a smaller nation (all the nations in the world can be chosen) you also get information on the countries leader, politics and other stuff. You can choice between AI historical focus or non-AI historical focus meaning that computer-played nations will follow a more historical path or not. When the game is started there are tons of parameters which seem to be historically correct at first glance. Political situation, military units, diplomacy etc. etc all seems to resemble/model the situation of that country on the chosen starting date. This is a really good visual college of the military and political situation of the world at the start of WW2. Off course from now on it is going to be a “what if” situation. Sometimes historical realistic events happen which can be seen in a message pop up and depending on the country chosen you sometimes have to make decisions which off course will influence the game. Overall the storyline starts with the real historical situation and from then on its ‘alternative history’. The downside here is that the AI is not smart. It makes decisions which are stupid and feel ‘inaccurate’. A lot of history is being discussed on the HOI4 forums. By playing this game you will learn a lot on the grand strategy issues of WWII and much much more.2 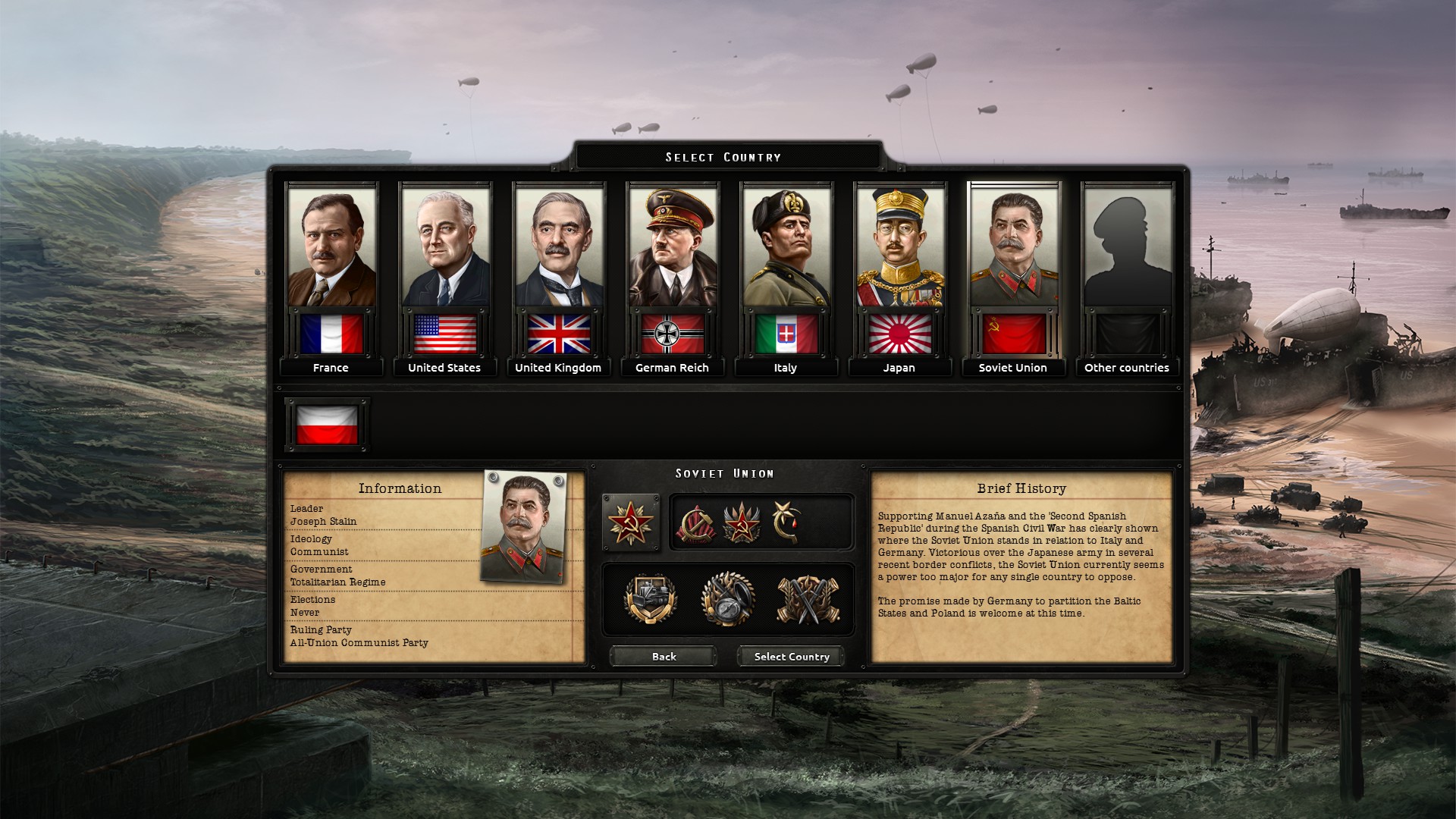 These kind of games (strategy) aren’t famous for their graphical appearance. Still the graphics of HOI 4 provide a nice atmosphere. Military units are simplified but do have resemblance with the units they have to symbolize. The full colour drawings which you see at the loading screen and in the menu are very nice and based on WW2 events. 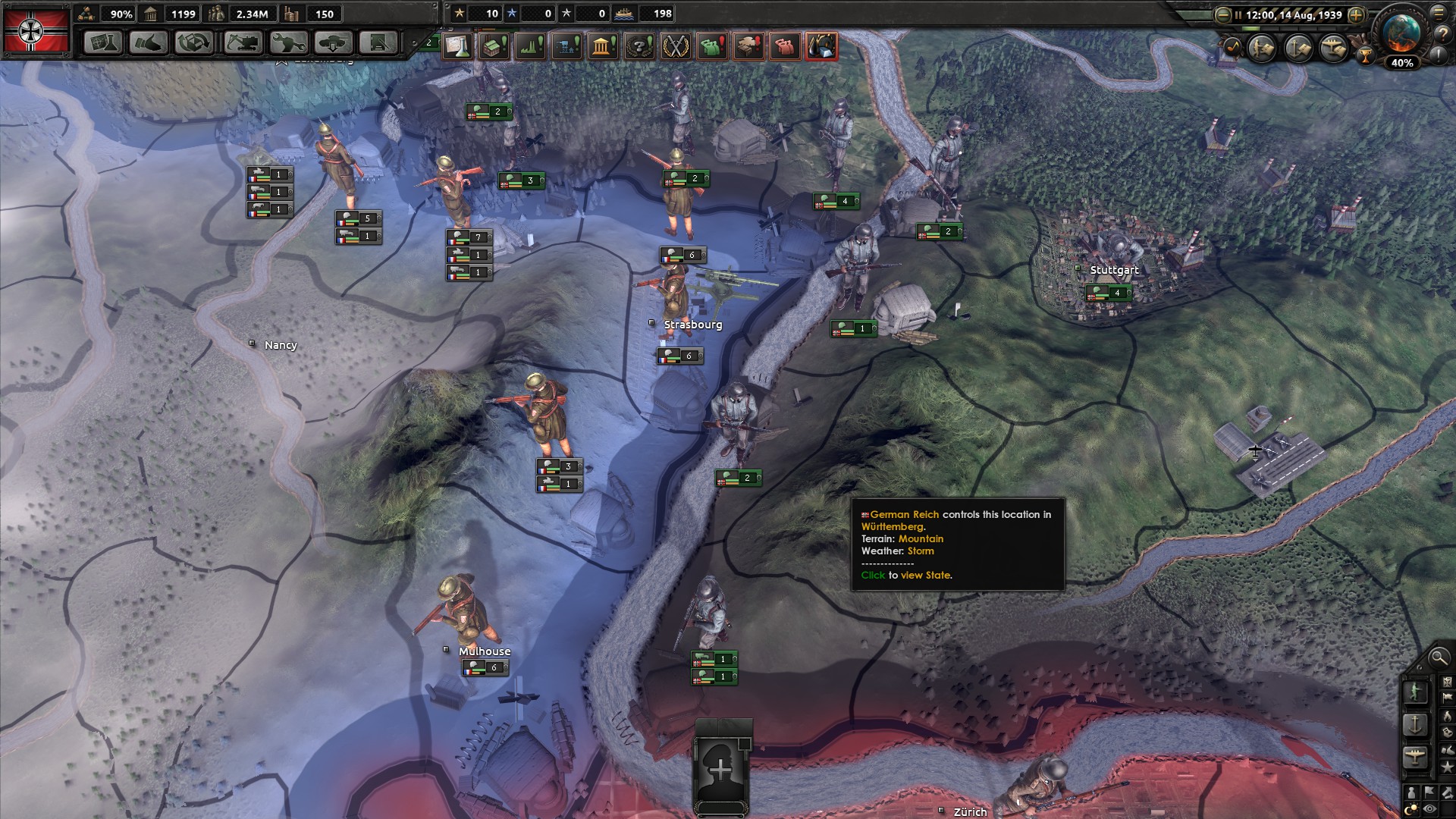 That’s the good part of HOI4, it has so many parameters! See for example the parameters for units in the screenshot below. I doubt whether all these parameters are historically correct but it obviously has been given a lot of thought and it feels authentic. All these parameters do make a difference on the battlefield! 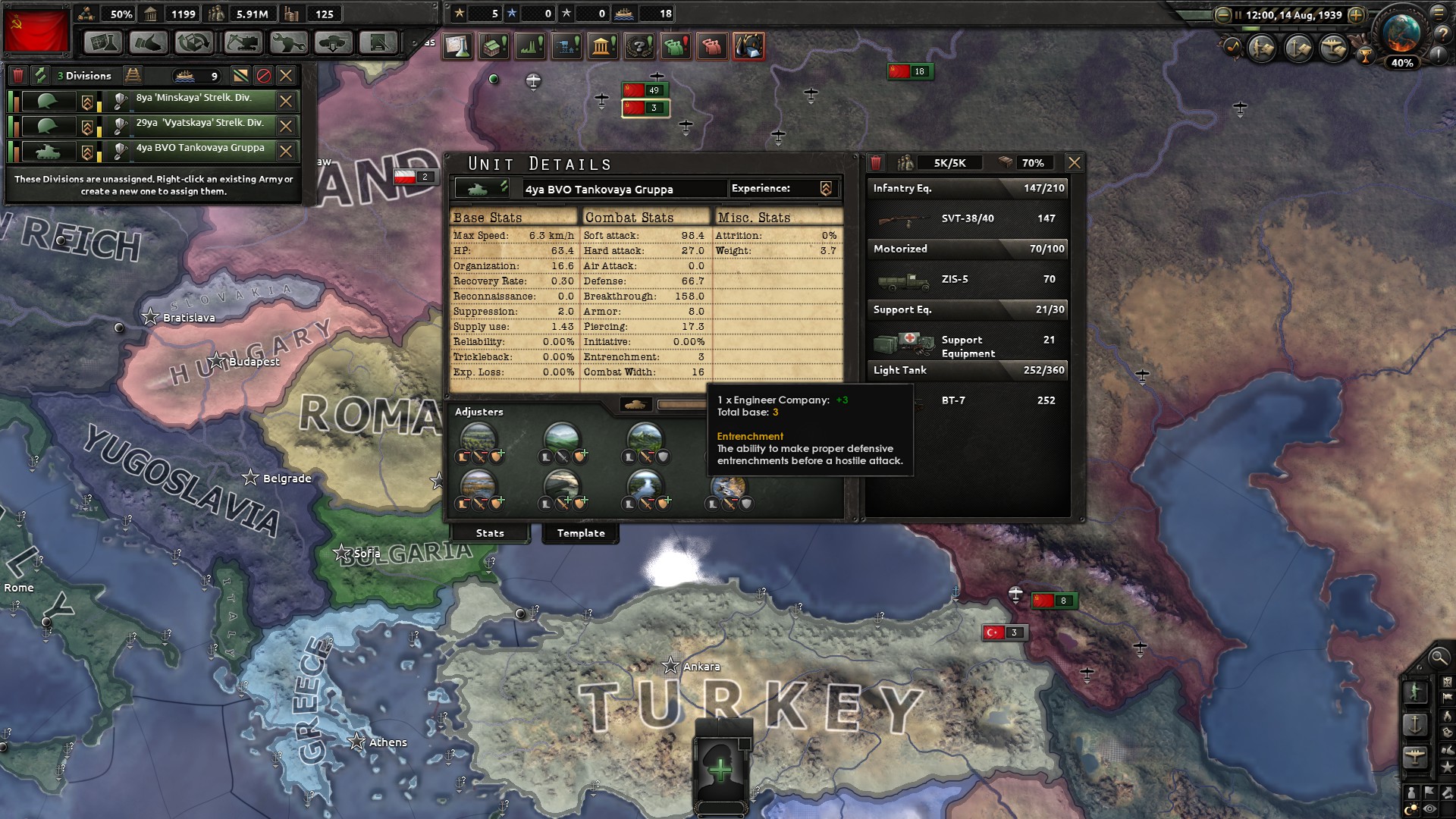 There are a lot of historical figures in the game. Most of them are historically correct. So generals, admirals and politicians are all of the WW2 era. Every country got its own. They come with small pictures/drawings of the faces of real existed men. Also some characters have skills like general Rommel being a tank expert, which obviously seems to be historically correct. 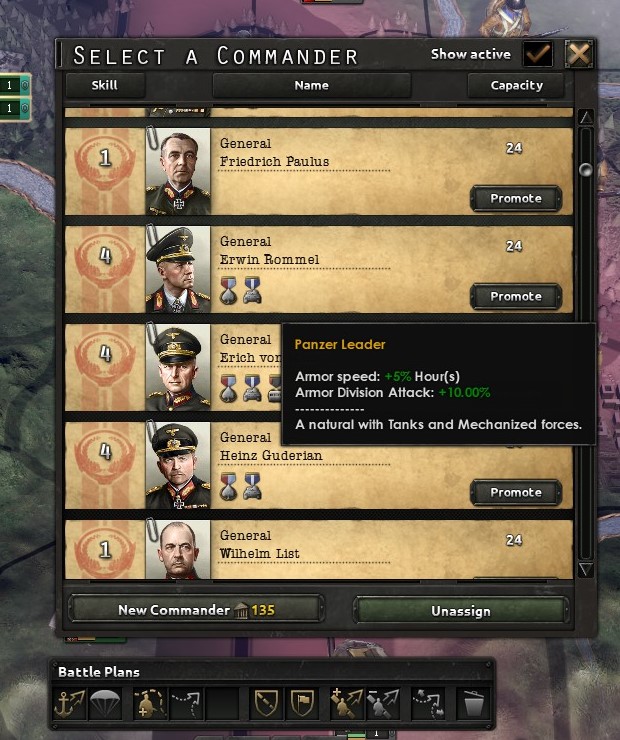 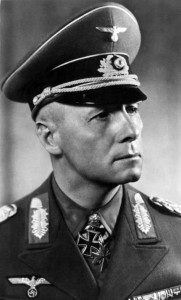 Especially the soundtrack is noteworthy.

The music composer at Paradox, Andreas “Jazzhole” Waldetoft says of it:

‘The chromatic violin line is my way of trying to give that german-panzer-on-tracks-going-forward feeling. It is used quite a few times in the soundtrack, especially for Axis music. The Tenor and later Bass Trombone’s are playing the theme and snuck in there is also a chromatic passage that references the violins. I tried to orchestrate it in style of German composers that comes to mind from that era.’

The music is Axis, Allied and Comintern inspired and does enhance the historical atmosphere. It is orchestra music which was listened a lot in WWII. Sounds in game are a bit meagre but you hear different sounds when clicking units for example. Not authentic.

The player absolutely rules over his country. You make decisions on research, diplomacy, trade, construction, production, recruit-and deployment, logistics and of course all the decision on the military down to division level as a supreme commander of all armed forces. You are the true dictator! Or imagine yourself representing parliament… It is off course a bit too much playing god here in comparison to reality. But that doesn’t mean that everything is possible. You can’t declare war just like that, you need to justify a war goal for example. If national unity is to low you might face rebellions! Divisions can be appointed to generals which can be given orders like forming a frontline for example. These orders to generals who have been appointed divisions is a new aspect of HOI4. The game mechanism is setup in a way that the player can make all the strategic decisions which are important to the war effort. The decisions to make feel authentic and by that you get the feeling that you are replaying WWII on the grand strategy level!